Back in 2004 I used to take my canid little fella Joe for walks along The River Torrens / Karrawirra Parri between Klemzig and Athelstone. For legal and environmental reasons, his ashes weren’t spread there, but otherwise I would have liked to have done that. It’s a good spot for a dog, which you’ll discover for yourself if you go for a walk there yourself and meet the many good doggos.

On the 13th of this month, I went for such a walk myself and took a few snaps.

Admittedly, the subject of the first photo is something I’ve long considered an eyesore. But don’t worry; it gets better. 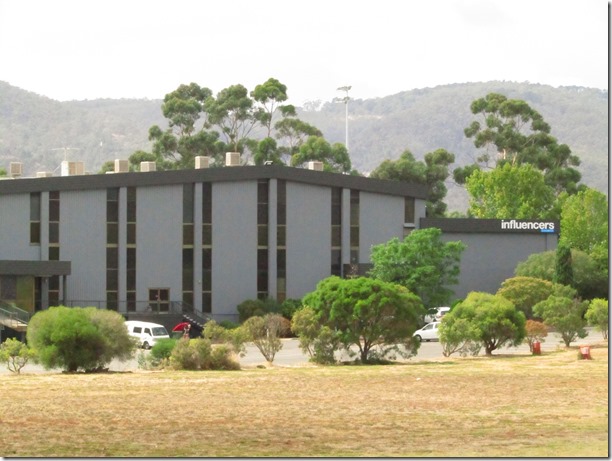 Years and years ago, we had to put up with “motivational speakers” organized by this church turning up to the public high school I finished my secondary schooling at – which included a visit by one Dave Roever of nutty Satanic Panic and Divine Destiny meeting fame. The Muslim students weren’t too impressed, as you can imagine. Nor were the Atheists among us.

END_OF_DOCUMENT_TOKEN_TO_BE_REPLACED

Thirty-odd years ago as a sprog down in Port Lincoln, I used to listen to Mal host the Metal Show on the then MMM-FM – a community station that broadcast in Adelaide, but that I could pick up over the Spencer Gulf on a good day. Mal played a number of South Australia bands, including Outrage, who had a presence in Port Pirie of all places (check them out here, at the Port Pirie YMCA in 1988).

We didn’t have metal gigs in Port Lincoln, and I was given the impression that Pirie had to be huge compared to Lincoln; it was closer to Adelaide by road; it was more industrial by far, and it was a part of the Iron Triangle. Traveling along Three Chain Road at night on a Stateliner bus, and passing by on the wider highways helped the image grow in my mind to no end. Lincoln was comparatively countrified; we had fish, grain, smaller roads and not too many smoke stacks.

Around the time it turns out, Pirie’s population was around 14,000, while Lincoln’s was just north of 11,000. That’s not too big a difference, even with a sizeable margin of error – I was expecting Pirie to be twice the size.

So back in the day South Australia was having a thrash explosion, Port Pirie featured, and I was too goddamn young to go. Fast-forward to this past month, and there’s a Metal United Down Under (MUDU) event to look out for, and Pirie, again, is in the frame. 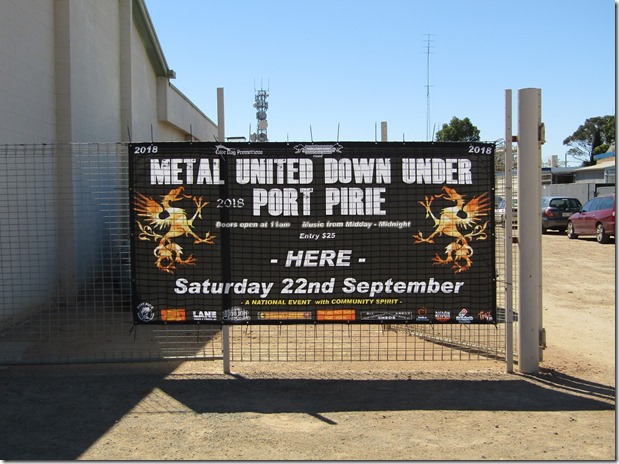 Made it. And just before the first act kicked off too.